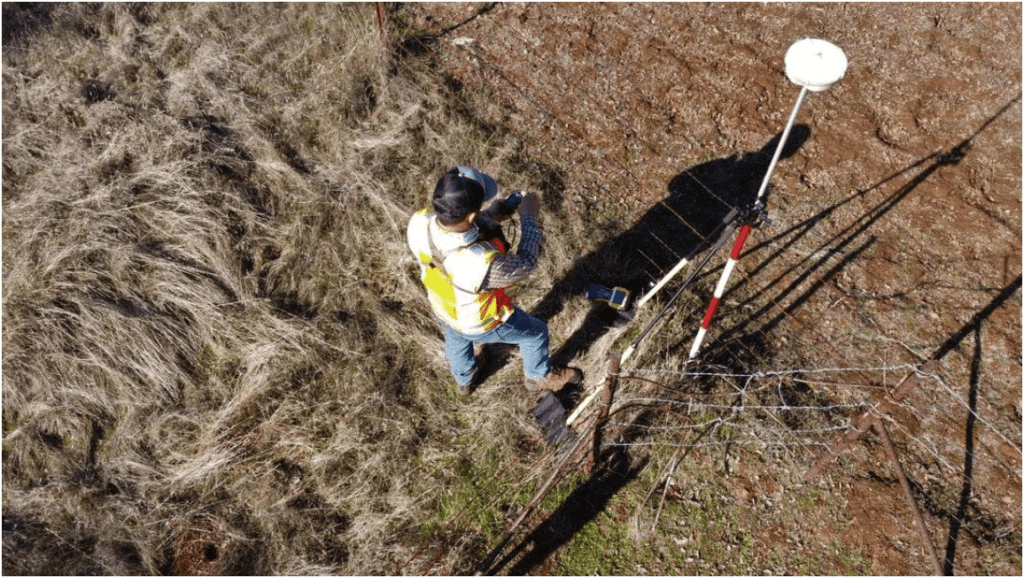 The world has developed a need for serious precision. Industries from video streaming companies to cell service providers all need to keep track of their assets in both time and space. The rise of the internet has only made this more important as systems become more complex and the costs of out-of-sync devices increase.

Sending information over the internet may take place in a matter of nanoseconds, but it still takes time and requires precision. Tracking exactly how long signals take and connecting with other systems in a timely fashion are both essential to keeping businesses running at optimal efficiency.

However, without GPS, it is nearly impossible to keep systems synched to the nanosecond. Even the best computer clock will slowly fall out of sync unless it’s regularly updated. That’s where GNSS can help.

GNSS stands for Global Navigation Satellite Systems, and the most well-known type is the GPS or Global Positioning System. A good GPS antenna and receiver can help you keep your systems in sync no matter what.

What is a GPS Antenna?

An antenna is a structure that captures and transmits electromagnetic signals over the air. Using antennas allows you and your devices to communicate over long distances without the need to run cables to inaccessible places. For that reason, they make up some of the most critical elements of modern communication technology, from phone networks to radio and GPS systems.

GPS antennas are a specialized form of antenna that’s used for receiving and expanding radio signals sent by distinct frequencies coming from GPS satellites. These antennas convert radio signals into electronic signals that can be used by GPS receivers. Once the GPS receiver collects that output, it can calculate the position accurately.

To achieve this, GPS satellites need to have incredibly precise clocks on board. Since the satellites are orbiting the Earth, they are constantly moving. To provide helpful information about where something is on the planet, multiple satellites record down to the nanosecond when they receive a specific ping.

The GPS data lets them triangulate where a signal came from and report it back to the receiver. GPS satellite clocks have to be the most accurate in the world to keep this complex system from malfunctioning.

This precision allows GPS antennas and receivers to be helpful even when they are stationary. An essential benefit of them is their potential to integrate extremely precise clocks into a computer system. Receiving information from the satellite’s clock keeps any equipment connected to the GPS antenna and receiver in perfect sync with networks worldwide without constant manual updates.

As an aside, GPS is a subset of the “Global Navigation Satellite System” or GNSS. There are several versions of GNSS systems including GPS, GLONASS, Galileo and BieDou.

Often GPS and GNSS are used interchangeably. While this is not technically correct, it is generally accepted.

To be clear, a GPS Antenna is not the same as a GNSS Antenna.

These devices have more applications than you might think at first. Adding a robust GPS antenna like the Trimble line of GPS antennas allows you to take advantage of the unique properties of GPS signals, and lets you achieve many otherwise tricky goals. Here are three of the most amazing facts about how a GPS antenna can solve your business’s problems.

A GPS disciplined clock, also known as a GPS disciplined oscillator (GPSDO), relies on signals from GPS satellites to set the time. Because of the fundamental physics behind the global positioning system as a whole, any GPS disciplined device will offer a uniquely stable time-keeping method.

A GPSDO includes a GPS antenna to receive information from GPS satellites, including a time stamp on the signal. This allows for perfect synchronicity between multiple systems that have integrated GPS antennas and receivers. For applications like passive RADAR and other items that require synching down to the nanosecond, GPSDOs are the most straightforward way to stay connected.

Autonomy is a piece of equipment's ability to do its job without human help. Semi-autonomous systems can perform tasks with minor or occasional human interaction.

A great example of this is pipeline control. A pipeline actuator that gets out of sync with the rest of the system could lead to serious problems later on. By using GPSDOs, oil and gas companies can manage their pipeline infrastructure remotely with fewer errors and points of risk.

GPS antennas can offer a unique potential for autonomy because of their ability to time events based on a device’s geographic location. Unlike other methods of producing semi-autonomous systems, you can use a system with a GPS disciplined clock to apply the same rules to an entire network of devices and get different results where they’re needed.

With a GPS antenna, you can trust that your devices are working accurately and on schedule. If you have remote devices that rely on internal clocks to carry out their programming, a GPS antenna can keep them on schedule and in sync with the rest of the world.‌

The third major benefit of using an assisted GPS antenna may be surprising. The ability to correct time based on GPS signals allows you to fix things after the fact and avoid problems before something has gone wrong.

Fault detection is the process of spotting problems with how your equipment functions. A fault detection system checks the performance of a piece of hardware and identifies when it stops working at peak performance. One way this system works is by checking the speed of certain actions. If something slows down or speeds up when it shouldn’t, then there’s a fault that needs to be corrected.

Using a Trimble GPS module (sometimes referred to as a GPS chips) with an antenna allows you to integrate fault detection into your network. If any part of your system is frequently losing or gaining time, you can identify the problem and fix it. Furthermore, if signals are being jammed, you’ll know. Instead of fixing faults after they’ve become a problem, identify them up front and take action.

Who Benefits from GPS Antennas

With those benefits in mind, it’s clear that plenty of industries can make use of GPS antennas in their daily functions. There are three major applications for GPS antennas in the modern world, each of which makes use of different elements of the antennas’ functionality.

The first and most common use for GPS antennas is in the broadcasting industry. Successfully broadcasting complex information like a video requires keeping multiple networks perfectly synchronized. If the broadcasting device isn’t properly synched, the picture quality will be significantly lower and unrecognizable when it’s received.

A GPS antenna and module can help prevent that. Using the precision timing that GPSDOs provide helps keep all broadcasting networks synched correctly. This allows the recipient to receive clear information.

Broadcasting can be as broad as the range of a TV network’s audience or as narrow as a private security camera setup. Regardless, having an SMA GPS antenna allows you to quickly connect to a global network and keep your devices from losing time and accuracy.

Because of their utility in keeping a variety of networked devices perfectly coordinated, a GPS antenna can also come in handy in industrial applications. Critical RADAR and construction devices need to interface with these antennas to remain accurate and provide valuable data.

One famous use of Trimble hardware is the construction of the Paris Grand. This is an expanded collection of underground subway stations and tunnels under one of the oldest European cities. To keep people and buildings safe, those in charge of the Grand Paris initiative used Trimble GPS equipment before and during the digging process.

In particular, a Trimble GPSDO system was used to automate precision excavation equipment to keep digging quick and safe. The heavy-duty digging equipment interfaced smoothly with the antennas provided by Trimble through the GPS antenna SMA ports. Any heavy industry where precision is similarly essential can benefit from adding a Trimble Bullet Antenna to their arsenal.

Finally, lighting control is an often-overlooked element of modern infrastructure. Both public and private lighting systems face unique problems in regards to managing their energy use.

Most lighting systems aim to find a balance between lighting areas when people need them and conserving energy. The simplest way to do this is to make sure the lights only turn on when needed and turn off again afterward.

This is more complicated than it appears. Utilizing light sensors to determine whether it’s dark enough for lights to turn on is vulnerable to problems. For example, in snowy areas, the weather can easily lead to streetlights remaining on until the snow melts, thus, wasting energy.

That’s why many light control systems now use L1 GPS antennas. Instead of relying on environmental cues, the control system can be programmed with an internal calendar and the times at which the sun sets and rises. With a GPS timing unit on board, the system will always turn lights on as the sun sets and turn them back off when the sun rises. The result is less wasted energy while still keeping streets and walkways lit.

Improve Your Accuracy with GPS Antennas

GPS antennas like Trimble’s Bullet style antenna and Smart GNSS options are a valuable tool for modern companies. They offer the best timing accuracy on the market without the need for delicate equipment onsite. You can rest assured that your Trimble antenna is rugged enough to withstand and function through any weather condition.

Whether you need a solution for keeping your networks synched, a tool to control lighting options, or an integral part of your imaging networks, a Trimble GPS antenna may just be what you need. Learn more about Trimble’s GPS modules today at Novotech.

Are you looking for more of a deep-dive into GPS Antennas? Then you should check out our article "Know your GPS Antenna facts - the Ultimate Guide"