Active vs Passive Antennas: The Role Each Plays in Connectivity 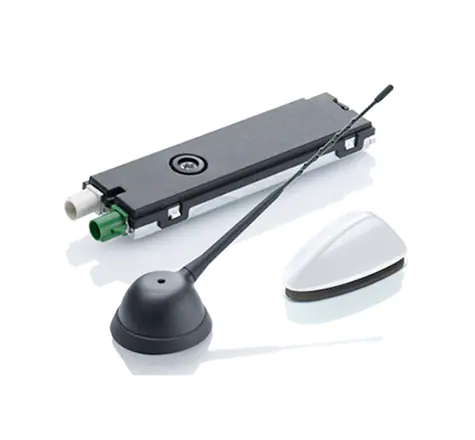 Indoor vs outdoor, whip, Yagi, or patch — there are all sorts of antenna types to consider when you attempt to choose the right one for you. As you sort through them all, one choice you'll have to make is between an active vs passive antenna. This difference can impact your application.

They have several traits in common, but one key difference between active and passive antennas is whether the radio signal they transmit or receive is amplified or not. That one distinction leads to a few other differences in how your antenna can be configured and what application it's best suited for. If you're wondering, "What is the difference between active and passive antennas?," read on to find out!

What Is the Difference Between Active and Passive Antenna Systems?

Whether you're comparing an active vs. passive GPS antenna, a 5G antenna, or an antenna for some other use, you need to know multiple parameters to help you decide which one is right for your application. Among others, some key characteristics of antenna design include its gain, frequency range, form factor, and whether it's constructed for indoor or outdoor use.

To decide what antenna is right for you, you must understand how passive and active antennas differ from each other. It's actually relatively simple: active antennas use an active circuit component to control their signal strength, and passive antennas don't. That one difference can have implications on other antenna design factors. To clarify everything, we will take a look at how active and passive antennas are designed and which other components might be affected by the presence of an amplifier.

Regardless of the type of component that they use, active antennas employ some form of amplifier to boost the signals that they transmit or receive (it is more common to find antennas that boost the latter). Typically connected between the antenna and the cable, amplifiers possess a gain, which can be defined as the ability to transmit power in any direction relative to a hypothetical ideal antenna.

If that sounds too technical, an amplifier's gain describes how much additional power is added to the signal. The gain of an active antenna can compensate for some of the losses that occur during transmission, as coaxial cables exceeding 100 ft. can cause a signal loss of between 8–11 dB. If you're concerned about signal strength, active antennas might be part of the solution — depending on a few other factors.

Since the key difference between an active antenna vs a passive one is the presence of an amplifier, we'll focus on amplifier types first. The active antenna components that function as amplifiers are called transistors. One of the most basic building blocks of electronics, transistors consist of a semiconducting material and have multiple terminals (typically three) through which an input current or voltage can be applied to generate a greater output signal — which is why they're used as amplifiers.

The most common transistor type is the metal-oxide semiconductor field effect transistor (MOSFET). Other types also exist. The amplifiers built from them vary based on how they control the signal. Some types of amplifiers include:

Active antennas can be designed in several different ways, but their amplifiers are often bundled in with the rest of their components. Some can be added in-line, and many combine the antenna, feeder, tower, and jumper functionality into a single unit.

Their design varies even more according to the types of industries they're used in, the frequency range over which they're required to operate, and several other factors. One constant design feature is that most antennas perform best when the amplifier is connected as close as possible to the antenna — preferably right at the terminals.

Unlike active antennas, passive antennas don't use an amplifier. That means that a passive antenna could be more susceptible to signal losses, but it may be better suited for certain applications than its active counterparts.

As with active antennas, passive antenna design can vary based on multiple factors, like:

Alternative means of reducing signal losses are another design factor to consider. One way to reduce the losses incurred by lengthy cable runs is to use a directional antenna, which adds a gain without the use of an amplifier. Another way is to use fiber optic cables instead of coax, as fiber cables can transmit signals for much longer distances with hardly any loss.

Some components like booms, directors, and horns may vary according to antenna design, but may be used in both active and passive designs.

How To Determine What Type of Antenna You Need

Price, application, and number of supported devices are a few of the factors you should consider when choosing between an active vs passive antenna. The lack of an amplifier can make some passive antennas more cost effective than their active counterparts, but active antennas can help minimize interference and noise, and are typically more compact.

Active antennas also have a higher bandwidth because their amplifiers enable them to transmit over a wider frequency range; however, the extra boost may cause the signal level to be sent at a higher output power than that allowed by the FCC. This is why active antennas are usually used to receive signals, not transmit them. Moreover, since some directional antennas add a built-in gain already, the extra gain on an active antenna may be unnecessary, and even harmful to some systems.

Stay Connected With the Right Technology

Whether you're comparing an active GPS antenna vs passive ones or need a stationary antenna for your enterprise, Novotech has the connectivity solutions you need. We can help you decide between an active or passive antenna and find one that fits your application, so connect with us today to see how we can help.