What Are Private LTE (5G) Networks and Should You Use One? 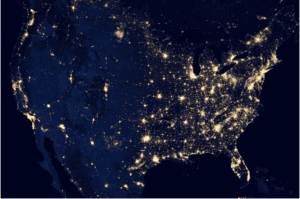 Over the past few decades, deploying a network for a company or department was limited to Wi-Fi as private LTE networks were a difficult option. And, due to the countless limitations of using a Wi-Fi network, you might hesitate to build your own 5G network in the first place.

Luckily, one way you can segment a part of your usual internet is by utilizing a private LTE (5G) network.

What are Private LTE (5G) Networks?

The availability of various network and internet connection options nowadays can be both an advantage and a disadvantage.

On the one hand, the countless options can make finding a suitable base network and internet connection for your private network more challenging. On the other hand, the wide variety of options that prioritize certain elements of a network more than others allows you to pick the suitable network structure as if it were custom-made to fit you and your team's needs.

When we talk about the term "Private LTE (5G) Network" there’s more to unpack than a single concept. Here, LTE stands for long-term evolution. LTE is basically the Wi-Fi signal that devices can connect to wirelessly, and it uses different radio interfaces — or different frequencies — to increase the capacity of networks. And while this is the model that’s been adapted in 3G and 4G internet, it’s now catching up to 5G internet, thanks to 5G’s support of sub-6 GHz radio frequencies.

Because LTE 5G networks rely on the same technology as their predecessors, they work using the same mechanism but more efficiently and with a wider bandwidth.

The internet provider transmits the signal to nearby cellular base stations, and their infrastructure enables the strengthening of the signal and increase of its reach. The infrastructure then carries the data — often through fiber optic cables — to individuals or corporations that have purchased access to the internet.

By making your LTE 5G network private, you’re encrypting the connection when it reaches you — preventing unauthorized individuals from accessing the internet and interacting with other users and devices in the network. This is the case for private networks in schools, universities, offices, facilities, and home networks.

Building The Infrastructure of a Private LTE Network

‌Think of LTE networks as Wi-Fi connections. Problems arise when LTE networks are needed on a larger scale. Creating a wide-range network is more similar to what communication companies do in providing internet to their users.

While you can hire the services of an IT professional, or your company’s IT team to build your own private 5G networks, it’s best to consult with a tech distributor who is familiar with the wireless LTE network infrastructure in your area.

At Novotech, we have over 20 years of experience helping big and small companies in North America upgrade their private networks by providing them with the IoT, infrastructure, and equipment they need to build an LTE 5G private network.

Part of building your private cell network properly is choosing the right frequency in which to broadcast your signal in. Most private LTE networks work in a sub-6 GHz frequency, which is hard for consumer devices and smartphones to connect to, but specialized IoT devices don’t face the same issue.

In order for users to easily move between a private cellular network and a public cellular network, the frequency of the private network needs to be in a similar range to the public LTE network. But, with the availability comes the security risks of unauthorized individuals detecting your private network on their devices and attempting to access it.

The main difference between a public and an open network is that any passing person can connect to it using their device as long as it can detect the signal’s frequency and process it. The wider and more common your signal range, the more devices can theoretically access your private LTE (5G) network. These devices include:

While this diversity of accepted devices can be beneficial for a private network, it also poses a cybersecurity risk. So, we recommend implementing a network encryption protocol that corresponds to the size of the network you’re aiming to create and how many unauthorized individuals and devices have access to the signal.

The encryption can be bypassed by a username and password in the least through the inclusion of a passwordless login like biometrics and one-time codes or by making use of two-factor authentication (2FA) using one-time passwords (OTP) or hard or soft login tokens.

What Is a Private LTE CBRS Network? 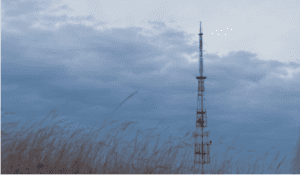 It can be easy to confuse LTE 5G networks with "Private CBRS networks" because they both operate in the field of internet and Wi-Fi signals. But, while LTE is a wireless private network technology, a CBRS network is a technology-agnostic, wireless spectrum — meaning it’s a frequency of radio signals instead of a device, infrastructure, or network.

CBRS — which stands for citizens broadband radio service — broadcasts in a small section of the standard 3.5 GHz band that’s around 150 MHz wide.

Thanks to its range, CBRS has been used exclusively for military communication, not for civilian-grade signals (neither commercial nor non-commercial). But recently, CBRS's versatility has allowed both high- and low-speed internet and networking technologies to use CBRS to transmit and receive data between parties and endpoints.

CBRS networks generally work in three categories or levels: The highest one is still used by the military, the US navy, and satellite signals — both military and commercial. And, lower-grade CBRS is strictly used by certified internet service providers (ISPs) and enterprises with a special broadcasting license.

CBRS of the lowest grade is used by IoT devices, smartphones, and internet routers and modems. Similar to traditional LTE networks, CBRS can be both public and private. Having a private LTE CBRS network has numerous benefits including privacy, security, flexibility, mobility, and cost-efficiency, but it also requires a form of encryption and user identity authentication.

The hardware requirements for CBRS are quite unique. At the time of writing, there is a limited list of Cellular Routers that are approved for use in CBRS networks. Specific equipment is required to take advantage of CBRS.

Why Make the Switch From Wi-Fi to LTE?

Wi-Fi networks have been a staple of both open and private networks for the past decade. They connect companies, schools, and homes all with great ease. While private LTE networks might feel like a lot of work to implement considering they’re still relatively new technology. But, compared with the old-fashioned Wi-Fi networks, LTE networks stand out.

It’s true that Wi-Fi networks are efficient and easy to use and implement. But, they pale in comparison to LTE networks when it comes to security, privacy, and scalability — making LTE networks more suitable for companies and teams that are expected to grow in the foreseeable future. Also, private LTE networks are more flexible than Wi-Fi networks and allow you to customize them to suit your exact connectivity and communication needs.

More importantly, most closed networks need internet bandwidth that correlates to the level of computational power and internet access their complex operations need.

Wi-Fi networks are still connected to the main grid and rely on internet access from your local 5G network provider or ISPs, preventing them from reaching peak performance. With private LTE networks, on the other hand, you can set up the infrastructure that can support the levels of internet and communication performance and speeds you need at a lower price point in the long run.

When it comes to choosing which internet connection to power your network, it’s important to consider the future. It's much harder to upgrade Wi-Fi capabilities and speeds to match newer technology without having to rip out most of your Wi-Fi infrastructure and start over. Private LTE networks are more likely to allow you to upgrade to faster internet and evolved technology with little trouble. For instance, LTE commercial networks upgrade easily from 4G to 5G and CBRS frequencies and are more likely to be compatible with future tech.

Read the summary of 10 benefits of Private Networks.

Real World Use Cases and Applications

In healthcare facilities — from private practices and clinics to hospitals — all staff members are required to be online at all times, all while keeping patient data as private and secure as possible according to HIPAA regulations. Thanks to stable private LTE networks, healthcare facilities are now able to support the growing number of electronic devices their staff uses on a regular basis, allowing them to receive up-to-date information on the state of their patients as well as allowing the facility itself from temperature and humidity to available rooms and necessary machines.

Manufacturing and Production Facilities and Warehouses

‌Manufacturing and production lines represent an industry where automation and relying on technology is essential for growth. In fact, the only barrier between manufacturing facilities and warehouses going entirely robot-based is the lack of a sufficient private network to facilitate the communication between machinery, equipment, and departments autonomously.

But, this doesn’t mean that the networking technology we currently have is useless. Most modern-day production facilities and warehouses already utilize automation and robotics to the best of their network’s ability. Because relying on Wi-Fi or GPS to perform delicate and highly complicated tasks isn’t an option because of their subpar performance in technical high-stress situations, they use private LTE networks.

Thanks to the computing strength, reliability, and connectivity that having a private LTE network provides, they can create advanced digital networks combining their heavy machinery, equipment, and IoT devices all into one centralized virtual location for never-seen-before control and management.

‌Since LTE can cover wider areas than Wi-Fi reliably, it is a great option for schools and universities to include their students and staff into their institution’s network. Private LTE networks would solve the problem of inequality and lack of accessibility to resources among students and faculty members, especially access to the internet and other educational resources such as digital archives and libraries.

Private LTE networks would also make it easier for schools, universities, and colleges to carry out online classes and lectures. Not only can the network support the high demand of users — unlike Wi-Fi — it also ensures no students or teachers miss out on class because of a weak Wi-Fi signal or lack of accessibility to the internet altogether.

‌Mining for resources, whether its raw materials for the ground, oceans, or lakes, or mining for energy using wind turbines and solar panels, coordination between multiple parties within the same department is highly critical to the successful completion of operations. Most mining operations come with a level of risk that can be significantly reduced by implementing the right communication technology between the workers and machinery alike. However, most mining facilities are located in rural areas, which makes using Wi-Fi to manage operations entirely unreliable, and in some situations, dangerous.

In the past, mining facilities relied on a combination of LAN and WAN networks. But, even these fall short in the face of a growing industry that needs fast and reliable communication over great distances. Fortunately, private LTE networks are the perfect solution, allowing the facilities and location managers to set up their own network infrastructure and reliable 5G internet connection.

The Future of Private LTE Networks

‌We don’t recommend passing up on upgrading to an LTE network instead of a Wi-Fi network. Technology doesn’t manifest out of thin air but it builds on previously successful innovations. When the next evolution in communication technology arises, it’s likely going to build on LTE and 5G technology, instead of Wi-Fi or creating a new system from scratch.

Your best option for great communication and networking in the future is finding the right type of private LTE network and contacting any company or contractor that could help you start using it.